Widespread Vs Centerset Faucets: There are two types of people when it comes to designing their faucet. The first are the ones that don’t even care what’s going on and will be okay if there are a shower and a toilet.

On the other hand, there are people that pay attention to detail and get confused with things like which faucet is the best? If you are someone that is going through that phrase, here is a detailed differentiation between widespread and centerset faucets.

We will be breaking down every single aspect so that you can pick the one that will suit your needs.

What is a Centerset Faucet?

Before getting into the comparison of the two faucets, let’s take a look at the features of both of the faucets separately. First, we’ll talk about centerset faucets and then about widespread faucets. After that, we will get into the comparison and other fun stuff.

Centerset faucet is one of the most used faucet designs in the present day and is mostly used for places like a bathroom basin. This faucet is also known to people as the 4-inch spread faucet. They are particularly best for basins with three holes as the faucet also has three holes out of which 2 are the handles and the middle one is the spout.

So, if you are willing to replace your existing faucet with a centerset faucet, measure the gap between the handle and spout of your older faucet and purchase the one that fits that measurement.

What is a Widespread Faucet?

Widespread faucets are a little similar to the centerset faucets but the only difference is that you get three different parts. You will have to install each part separately, out of the three parts you receive, two of them are the handles and one is the spout.

One advantage you get with widespread faucets is that you are able to fix the parts wherever you want based on your needs. If you have a smaller bathroom with not much space, widespread faucets are the best choice. This is because you can either increase or decrease the gap between the handles and spout based on the amount of space you have.

If you are someone that wants to have that aesthetic and style, widespread faucets do the work because all of the connections are hidden under your sink. The fact that the handles and the spout are not connected makes the faucet look a little stylish and sleek. You can also set one of the handles to pump out hot water and one to give out cold water.

Difference Between Widespread Vs Centerset Faucets

As said earlier, one of the most amazing choices that widespread faucets give you is that you can adjust the gap between the handles and the spout based on the amount of space you have on your basin. The normal amount of gap between the handles and spout of a widespread faucet is 8 inches but you can increase it up to 16 inches based on your needs.

If the basin is small, just decrease the gap to as much as possible, and if you have a quite big amount of space in the basin, just fit the gap to whatever you want. So, even if you mess up with the measurements, your purchase won’t go to waste.

On the other hand, if you go for a centerset faucet, you need to make sure that you are precise with the measurements. If you end up messing everything up, you won’t be able to adjust and you’ll most likely have to return the faucet.

If you think that one handle is more than enough, you don’t have the opportunity to deduct a handle in centerset faucets. But on the other hand, with a widespread faucet, you can use only one handle if you want because all the three parts arrive separately.

What are the Different Types of Bathroom Faucets?

Now that you guys have an idea about widespread and centerset faucets, let’s get to know about the other types of faucets that are available for your bathroom. We are going to be naming a few faucets for your bathroom sink and we’ll also be giving you guys some information about them.

If you have a smaller sink and don’t have space for a big and lavish faucet, the single handle faucet is the best pick. Other than that, if you are a minimalist human and don’t like to have lavish stuff, this will do the trick. You won’t need 3 holes for the installation of the faucet and one hole will be enough. Single handle faucets come in some amazing designs that sometimes overrule the bigger faucets.

In terms of cost as well, these faucets are better because as you get one handle which is also the spout, the material used is quite less so the cost will also be less. You won’t have to make three holes which again cuts some cost for you guys. If you are someone that is not willing to spend tons of money on a bathroom, these types of faucets are amazing.

Vintage is the new trend and until and bit earlier, it was only showing on clothing and furniture but now faucets and sinks have also been prey to it. With that being said, if you are a big fan of vintage aesthetics, this faucet is the best thing to fit your style. It’s an amazing recreation of the old times and is amazingly functional. The two different handles can be used for hot and cold water and double handle faucets are available in both widespread as well as centerset faucets.

If you are someone that loves colors way too much, this is the best kind of faucet you can choose. These are basically widespread faucets where you get LEDs installed which change their color based on the temperature. The LEDs only show blue, red as well as green colors.

The LEDs help enhance the beauty of your bathroom sink by flashing different colors at different times. A lot of the LED faucets come with a waterfall spout option which creates a beautiful illusion of a tiny waterfall when the water appears in blue. Overall, it’s a really cool touch to a basic bathroom.

If you don’t want to deal with the measurements of the distance between your holes and other stuff regarding holes on your sink, wall mount faucets are best. It is basically just mounted to the wall so you’ll have to drill holes on the wall.

What is the Difference Between Mini Widespread and Widespread Faucets?

FAQs for Widespread Vs Centerset Faucets

Q1. Do the faucets on my tub and sink have to match?

Not necessarily, it’s all up to you what you choose but it’s just better if the whole theme of the bathroom matches.

Q2. Do all faucets fit every sink?

No, for a faucet to fit, you will need to take care of the gap, holes, and many different stuff.

Conclusion on Widespread Vs Centerset Faucets

You can choose any type of faucet mentioned in this article based on your taste. But we hope that we were able to give you a detailed differentiation between centerset and widespread faucets, both of their own specialties and place.

Below are all our buyer guides on the kitchen faucets. To make your experience a bit smoother, we have organized them in one place. Feel free to browse through a few and find exactly what you’re looking for.
Thanks for reading. 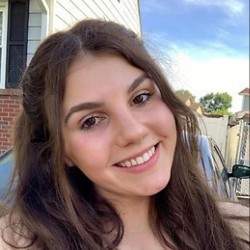 Nancy Perez Lisa is the owner and author of BestFaucetGuides.com. She has a degree in marketing and a passion for home design and architecture. When she is not working, you might find her doing home improvements at her own house, reading, or flipping through home design magazines at her favorite coffee house. I have dedicated hundreds of hours researching and kitchen and bath fixtures to help beautify your home. Read More

Our objective here at this website is to provide you with Best Faucets reviews in our comprehensive buyer’s guides that will give you the information you need to make an informed decision on what to buy and what to avoid. We post new, comprehensive content on a consistent basis and regularly update it.